Well a week has gone since the start of the layout dismantling.  Ever the optimist I hoped all would be smooth sailing, but seems the layout was happy and wanted to stay as it was in some sections or more like some areas in the sections.

I had hopped that the dismantling would be fairly easy, and go smoothly, to date I would say its a bit of a 50/50 event that way, often a solitary hidden screw would cause a bit of frustration trying to find it by breaking up the scenes area, with the plaster having filled up the heads and time to scratch out the stuff. Some notations have been made that will mean a change in the method and location of where screws will be used in the rebuild.  The down side in a sense of this is that much of the scenery has broken up and had to be put in the bin, meaning some renewals in the future.

I missed taking initial photo's of the dismantling but there are photo's in previous blogs that will show how things were and how they stand as of today, my hope is that the whole layout bench work will be dismantled fully in 4 days as there is only 4 sections to go. 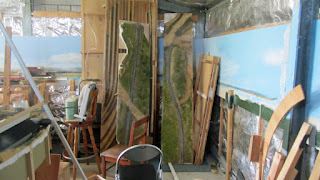 Photo 1 looking from Akuna down to where the Moblayne depot was, now its stand against the wall with the underside showing. The right hand wall is where the staging yard and a down approach to Akuna was 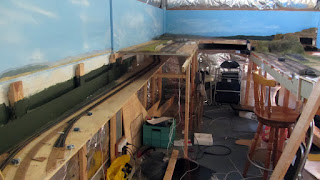 Photo 2 looking from the same position as 1 with what was left of Akuna at the top and the double approach road underneath.  The right track comes directly down from Jacks Creek on the right through the tunnel portal into what is the down arrival staging yard. The left or outer track comes from the Up staging yard and goes direct to Moblayne via the bridge near the entry door 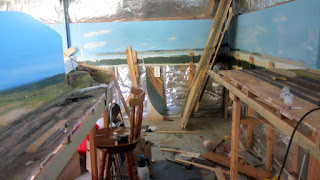 Photo 3 looking from the other end of photo 2 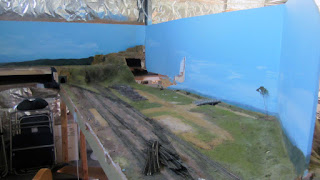 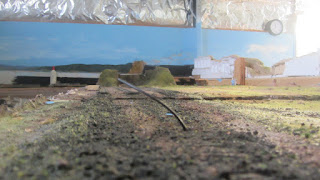 Photo 4 the backdrop wall is gone so is trackwork over the join that can be just seen, the black wire making a defiant stand before removal. 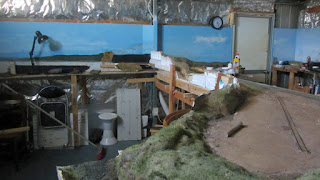 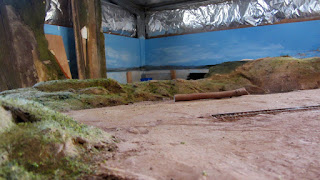 Photo 7, looking over Nulla Mountain saw mill prior to its removal today.

As I work and sections removed I continue with thinking of ideas relative to the future, while trying to visualise the future I tried to imagine how things might look without the large partition that seperated Nulla and Jacks creek, also provided a blocking of the view through to Akuna. Doing that was to try and separate the areas in the visual sense.  Looking over it I tried to think HO scale rather than just for the layout but also for the operator and imagined passengers on a train and train crews as to what they might see as they looked out over the journey.

Withe camera position just to the inside of the track that went down from Nulla to Jacks Ck, I aimed it across and towards the up end of Akuna.  The level that Akuna sits on is at the lower part of the backdrop painted board and partly covered by dismantled baseboards. During the pull down of the Mill area the low profile scenery was damaged enough that meant it going in the bin, meaning when renewed I will not have the partition as before but will have the scenery formation made up approximately 40mm higher, so that when looked at from the same eye level as the photo, the Akuna backdrop should provide something of depth to it.
Posted by Colin Hussey at 21:49