Some pics from old Essence and the early use of Chalks.

I want to change the front page photo but, I have to search my slide collection for the specific photo I want to really show, it is of 3642 at Tumulla on the rear of a guards van, the reason is to highlight the grime on both the pig and the van, I have however a photo that I downloaded from somewhere of 3652 at Bathurst on an up passenger train showing a fair amount of road grime, but there is to the left side of the photo a section of an LHG that has interesting coloured panels.

This is not a photo of mine and will pull it down as soon as I can scan the other photo.

Reason for this post is after reading Phil from Phillips Creek blog about the TOR MLV and course panel grooves, hopefully these pastel works of mine may add something for Phil and others.

I have in general found these to be pretty forgiving as against using paints while the chalk may come off or rub off it allows for adjustments to the colour tones, with paint I have not had the success even with spraying it and trying to get the right colour mixes.

Weathering is road grime and not just black, but here in the Hunter black seems to be the main weathered affect on the coal trains, with a bit of the old colour showing through and that shows with the main operators not having real clean loco's overall, although nice to see some that are.

My expensive weathering pack, first the water and mixing container and expensive brushes 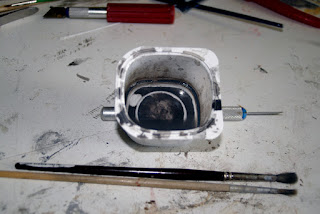 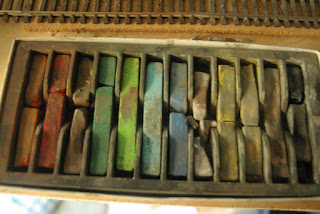 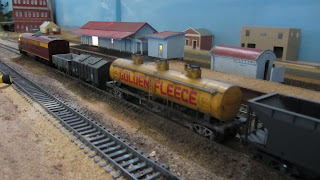 Some heavier affects on some wagons 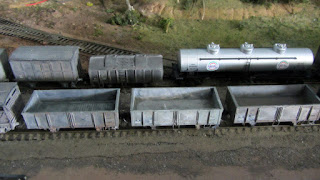 The following two photo's are of the TOR MLV reruns I purchased some time back, the first foto shows the two MLV's an the end of an OTM LLV prior to weathering using the chalks. The second photo shows how the pastel chalks help fill the side panels making them a lot more realistic. I rubbed the weathered models number area to show its the same as the new model. 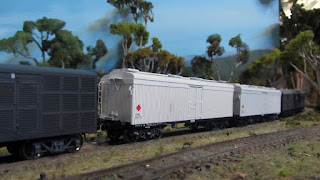 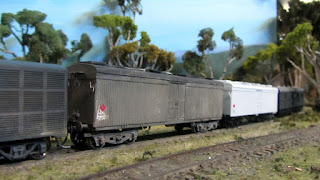 I am in no way an expert on weathering and the element of pastels makes me a lot more relaxed in weathering any models.  I have to admit that some of my first attempts at using paints and spraying all but wrecked a couple of models and once Essence Mk2 is up and I get back into the actual modelling side of things I do want to get help in using the spray paints, but with what I have achieved so far with the pastels I'm not too sure about that.

The last photo is of an Austrains pig, & while the more brown like mud affects are apparent in the photo, its typical of a steam locomotive in the Western and Northern Regions where bore water was very much in use and even the special treatments such as briquets did not help with keeping the locos clean. 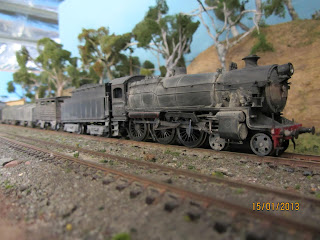 The area around the firebox however should be more whitish owing to the ash dust that came up from under the ashpans when being de-ashed and usually stuck to the sides. 36cl had ash pan bottom discharge and water flushers which did help keep the ash dust down, on other older types of steam loco;s had ash pans that had to be raked out from underneath and the main dust went up and settled around the front of the firebox area including the boiler. 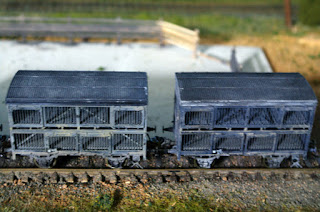 The above is initial wash using So Jongia Nimbus grey

Below in service for a few more trips 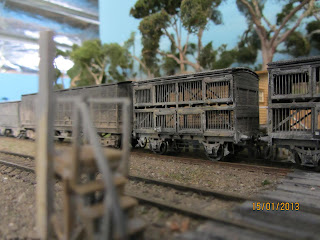