Progess at Essence has been all but put on hold owing to Christmas which takes up a lot of time with family & other important commitments that has placed some restrictions on time for the layout. But with some new arrivals since New Year, I need to find time to finnish off the area for these items.

The big thing that I have wanted to get done for a while now is to get operating signals in place, I had a couple of Gwyder Valley Home/starter signal kits which I thought I could build one day, when I looked into the kit "to do" bin last year, along with the other items I realised it would be a while before they were built.

The primary aspect that I wanted was that if I was to have signals they needed to be of the working kind on & with lights, I wanted that in order to provide reality in the operations &, when doing so in operating sessions, then the operators would have to work to signals & light operated point indications.

Well for me, too often I see operators stopping their trains to check points etc before proceeding, imagine how the real world of railways would go if drivers ignored the signals & what position they were in & stopped at every set of points to check them, before proceeding.  Yes! there were circumstances when signals had to be challenged, at point of no return signals being passed in the wrong indication, but it goes deeper than that.

As Essence is based on a period that spans the years from around beginning 1955 - end 1957 set somewhere in a slopes area in NSW, on single line, the signals were to be of the Lower Quadrant type.  Looking at was around at the time I found the available offerings wanting, & having seen on one of the blogs I follow some nice signals, I decided to get Dale Richards from the McKenzie group to build signals for me, so far the area at Moblayne has received all the signals bar 2 needed for operations, not all are placed in situ owing to other work to be finalised first, but some photo's here show the down end of Moblayne with signals in place. 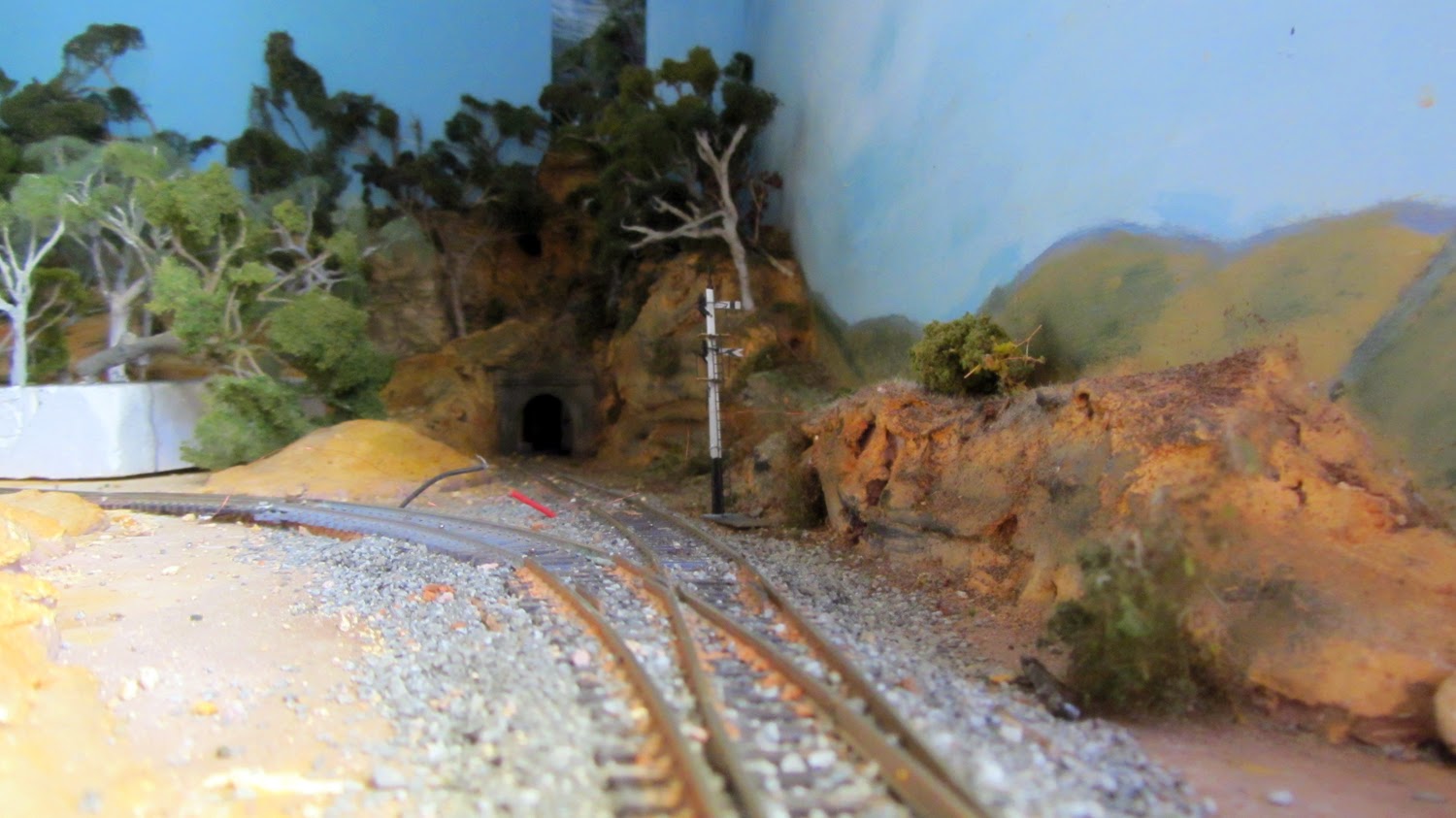 Signals in situ, for down trains approaching Moblayneis the outer home, a fixed distant arm, with operating home type arm, provided protectection for the Moblayne saleyards/abatoirs sidings, working willl be conducted by the Moblayne shunting engine with a key/staff operation that will place the signal at stop.


The home signal for Moyblayen is not shown but is the same type as shown for the Up Home. 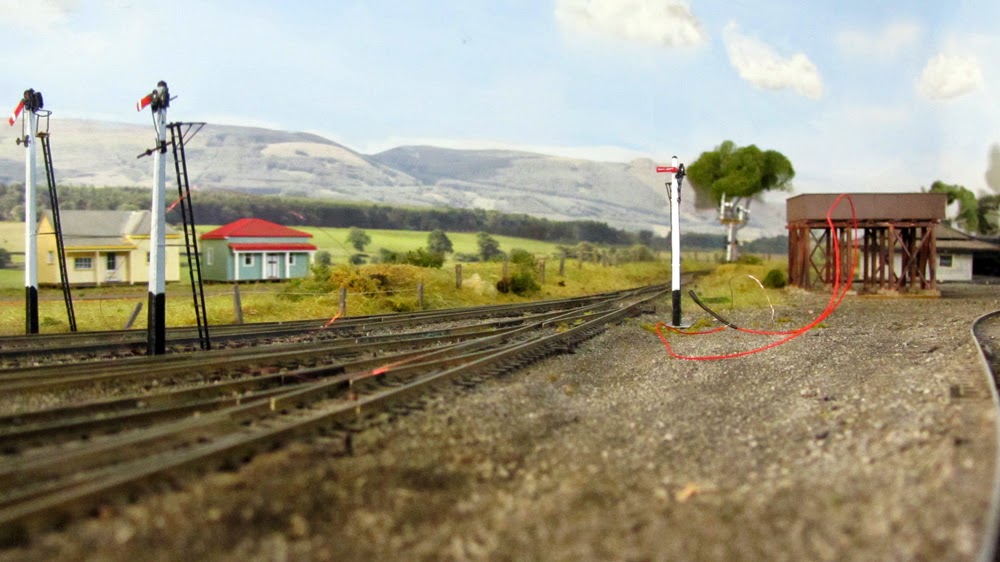 Down starting signals at Moyblayne,Main line,  Loop & Yard.  Lighting wires are in the way at the moment. In the distance to the left of the water tank can be seen the rear of the Up Home 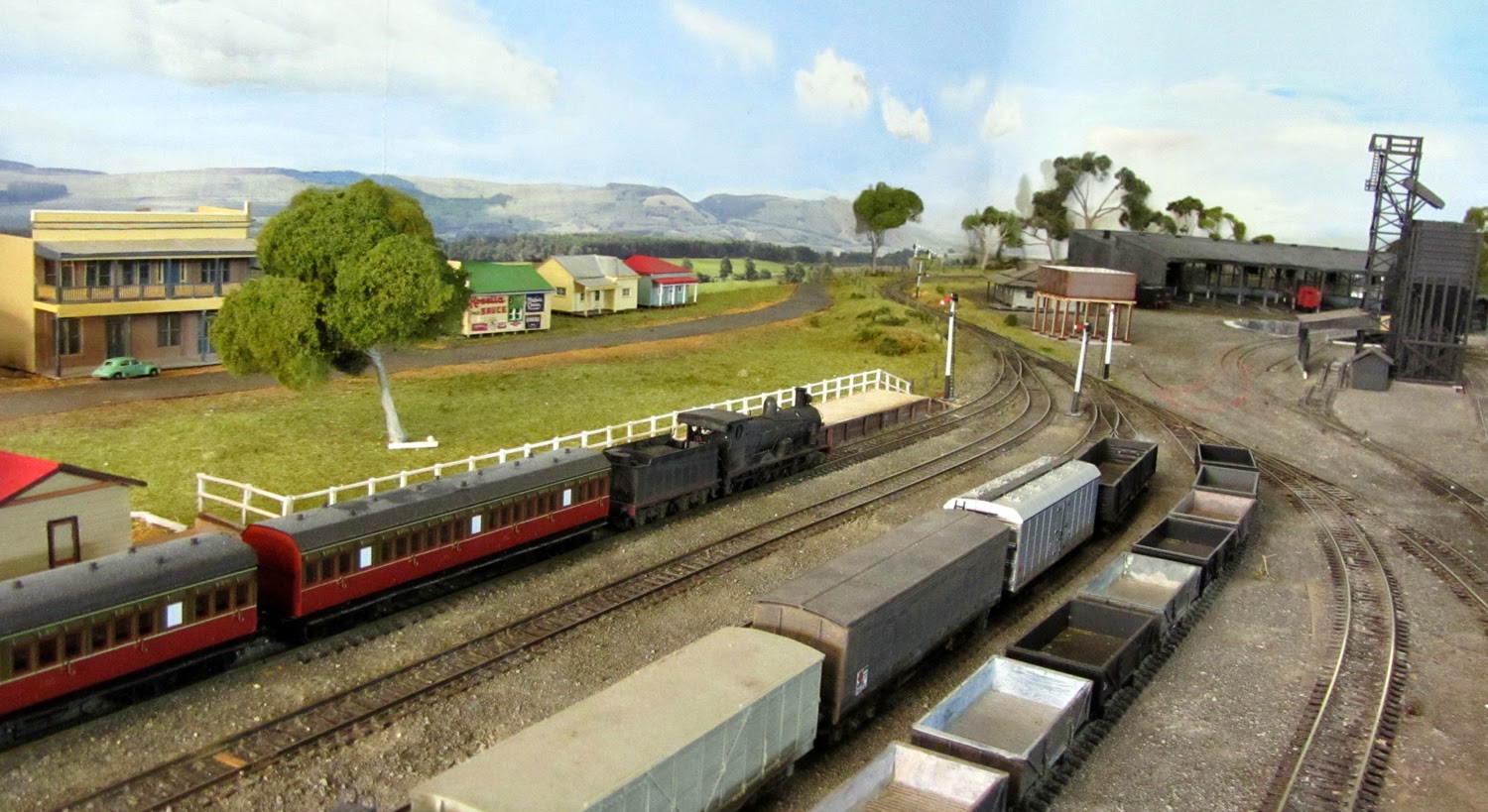 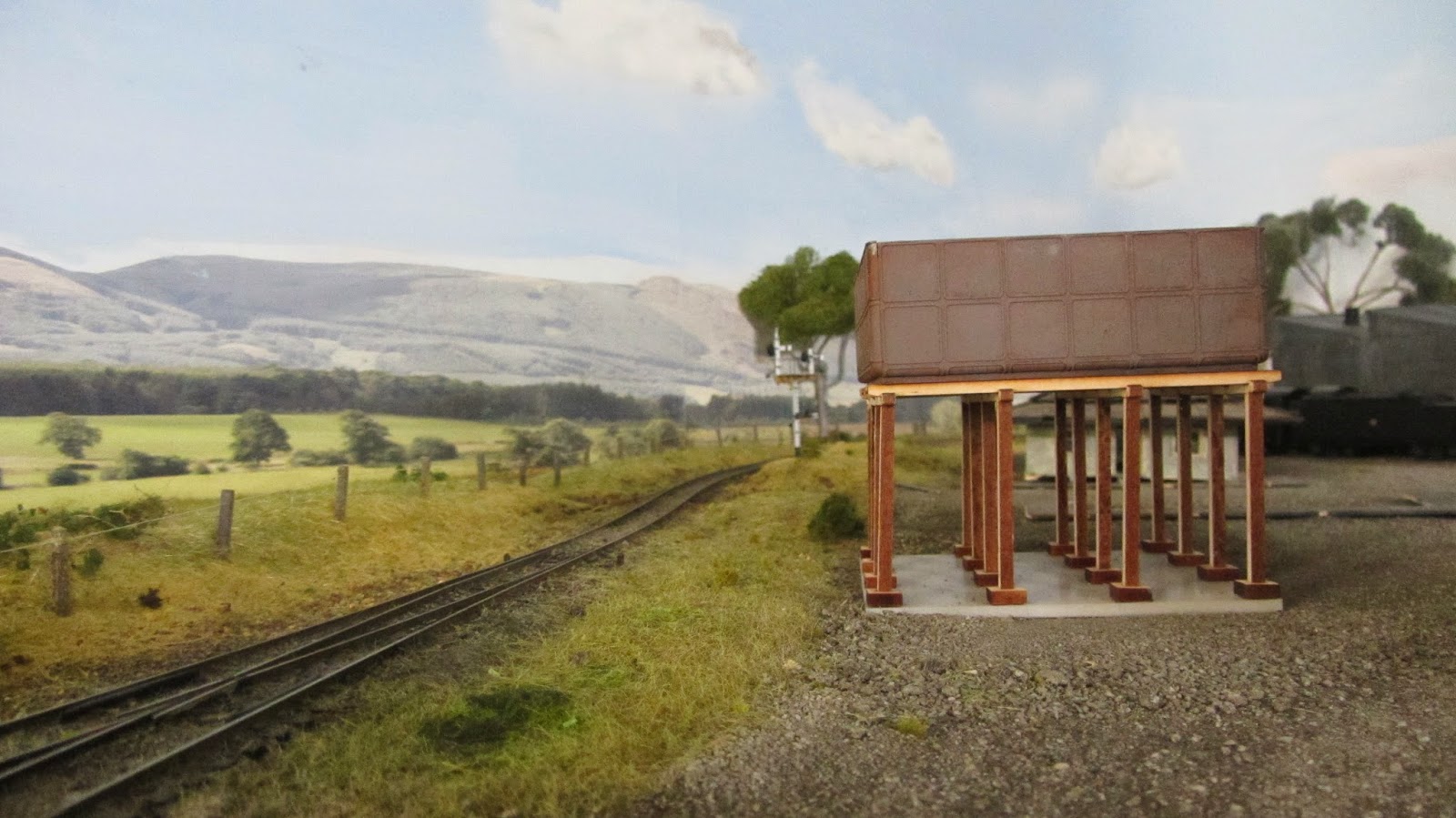 A closer shot showing the Up Home & water tank for Loco, the tank itself has been weathered using soft pastel chaulks. 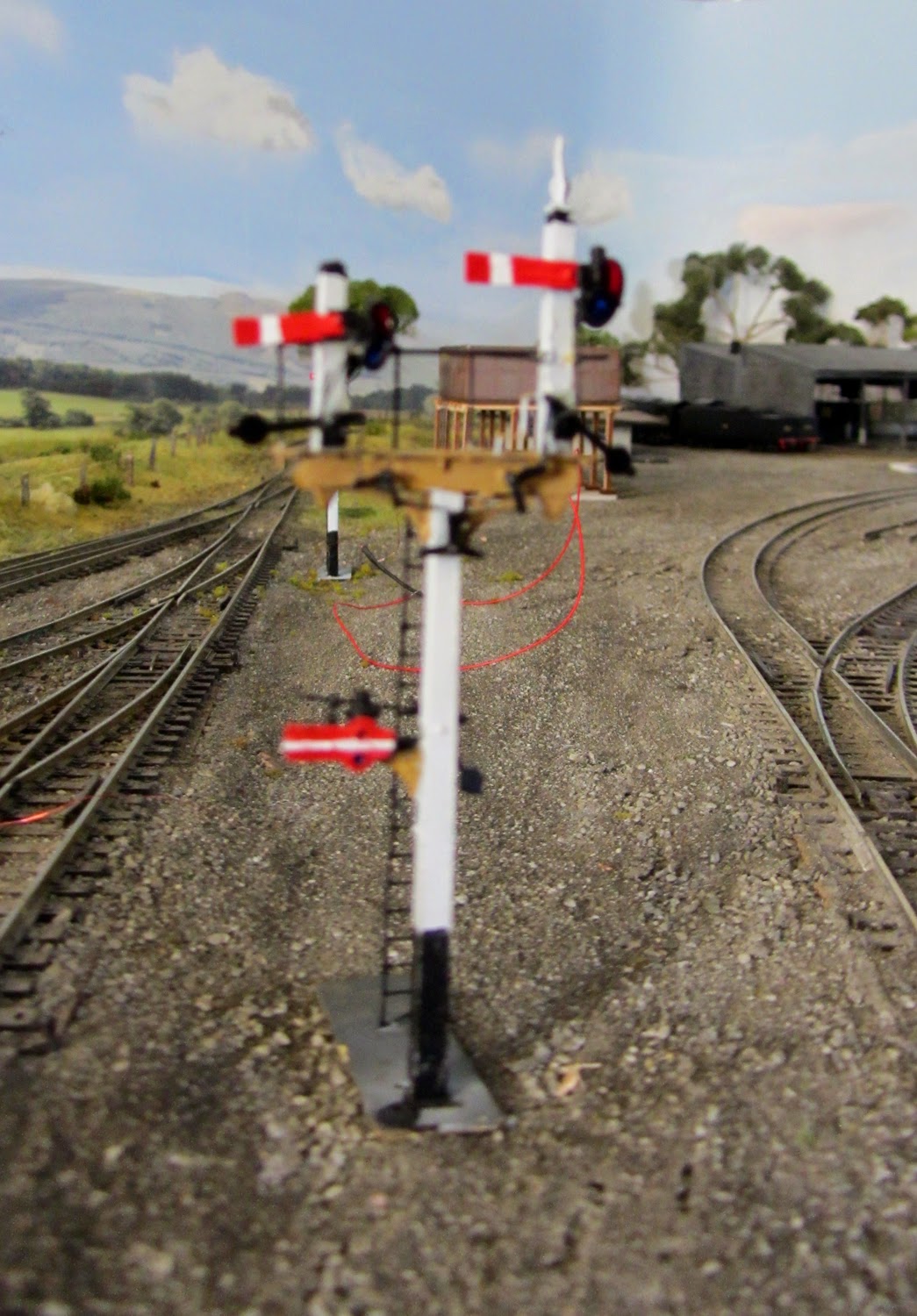 The Up Home signal for Moblayne, a mirror reverse signal is also used for the Down Home signal, a display board will set the signals to show how they are to be read by drivers, from Left to Right for which road,, Right hand high is main line, Left hand high is loop & bracket signal entry to yard area.