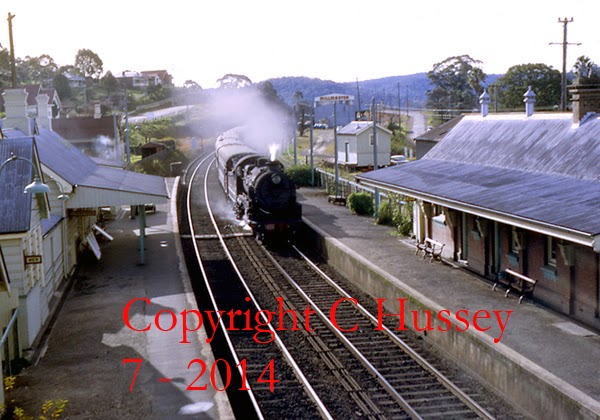 On the same day as header photo, 3651 hauls the up midday flier through Ourimbah station.  The busy Pacific highway can be seen at the left top corner of the photo 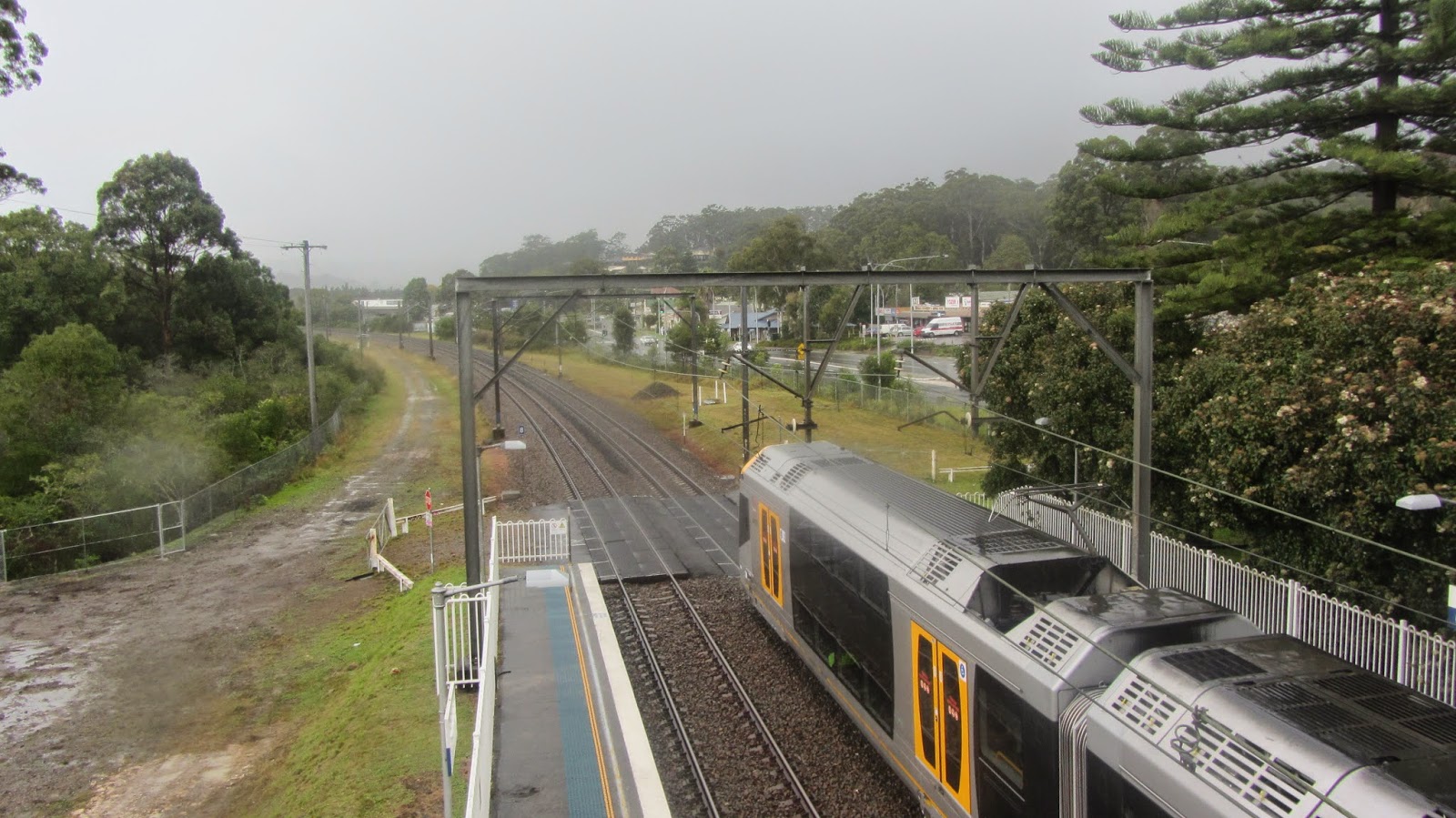 As close to the same position as the main photo of 1964. 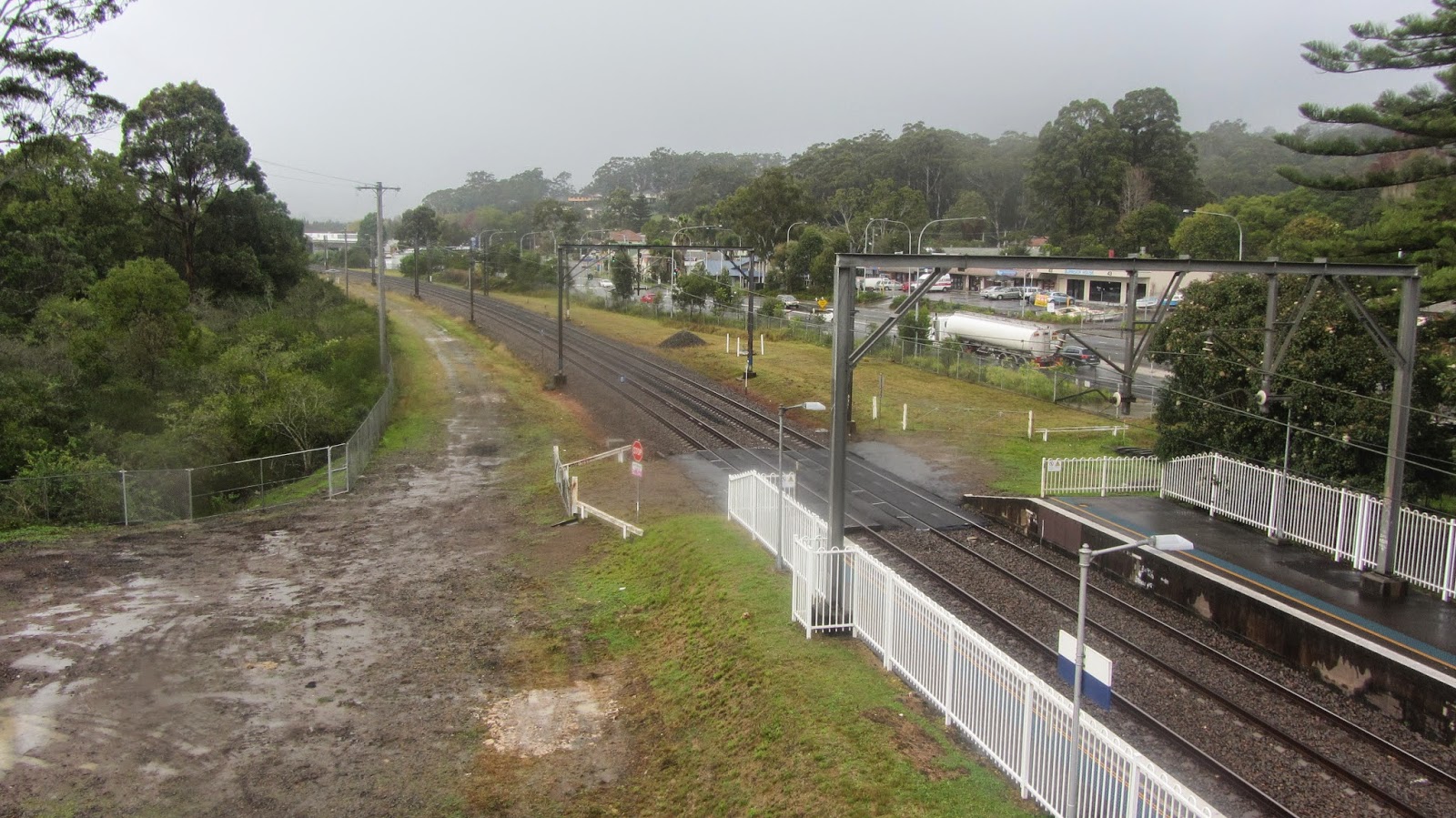 Moving to the Eastern side & crouching down, more is able to be seen of the old Highway, homes, shops etc, & even traffic lights, in around a kilometre & a bit, there are now 4 sets of traffic lights & roundabout, dual lanes to just past those visible towards the front of the 2nd photo. In 1964, it was one lane each way, all the way from Gosford to north of Wyong.

Essence has gone into a bit of a hibernation period for a while, as work duty calls upstairs.  The amount of work that the layout has taken up, especially in time has meant a lot of other work that has been in need of doing now has reached a point that to leave it much longer will make some relatively simple work, much harder in the future.

Like many I do not especially like house painting, but its certainly not that bad a task if you can tackle it sooner rather than later.  When we moved here just over 4 years ago, it was obvious that the inside paint really is the original, meaning that its now around 15 years since it was painted & it was  looking quite scruffy.  Painting is not that bad when the base is ok, & better to do in the cooler months, so my target this year is to get as much done as I can, & the worst part I think will be the shifting around of furniture to get needed access. With this painting near finished I am looking forward to getting back to the layout, things have to happen as I am hosting a meeting here in 3 odd weeks so its near panic stations to tidy all things up

The aspect that I liked about trying to replicate the older NSWGR & in the period just 8 years short of when I started on the job, was not just the variety that was found on almost every train & their consists, it was also the infrastructure in & around the lines, stations, depots & townships. If I have a sorrow its that I never got around to taking photo's of a lot of that stuff.

Working on steam in those days was not the pleasant job that many like to think of, when the good old days are spoken of, thus the bush sojourns ever diminished as the novelty wore off, likewise as steam finished up, along with other interests developed, railway photography even trains went to the back burner without a gas connection. Besides, the system was always going to survive wasn't it.

As I go through some of my slides I remember my first decent camera was a 35mm Voightlander, top camera brand & produced nice shots, problem was that it was not an SLR, the sighting was via a top eyepiece with a line around it, indicating the frame that would be taken, also a manual, guess work focussing set up, I used it for around 3 rolls of film before trading it in & getting a Pentax S1a SLR, which lasted me for years.

On the day I visited Ourimbah as shown in the head photo, I used up a roll of B&W film before the slides, sadly the B&W film is one of many lost rolls, Super 8 movies & other documents from the time, during the move from Werris Creek. On that day a Friday, there was a vintage car rally somewhere up North that saw a stream of old vehicles, passing by along the Pacific Highway, the sorrow is that when one looks at the 1964 photo & compare to the other twoe taken in early July this year, its easy to see the changes.
Looking at such older shots, it certainly reminds of a time past when things were much quieter & easy going, not much pressure placed on the individual, meaning life was quite pleasant, & one that certainly did not the rigidity of rules that are ever present these days.  Even if the wires were not there or the trees in the latest scene, its easy to see the increase in road traffic on a highway that is no longer really part of the primary interstate road network. Imagine having to travel from Sydney to Brisbane today, going along the old Pacific highway, How's your patience? Ahh! no road rage back then either.

Finally, 3 shots of Moblayne following some town construction, & the small extension to the cuttings near the depot. 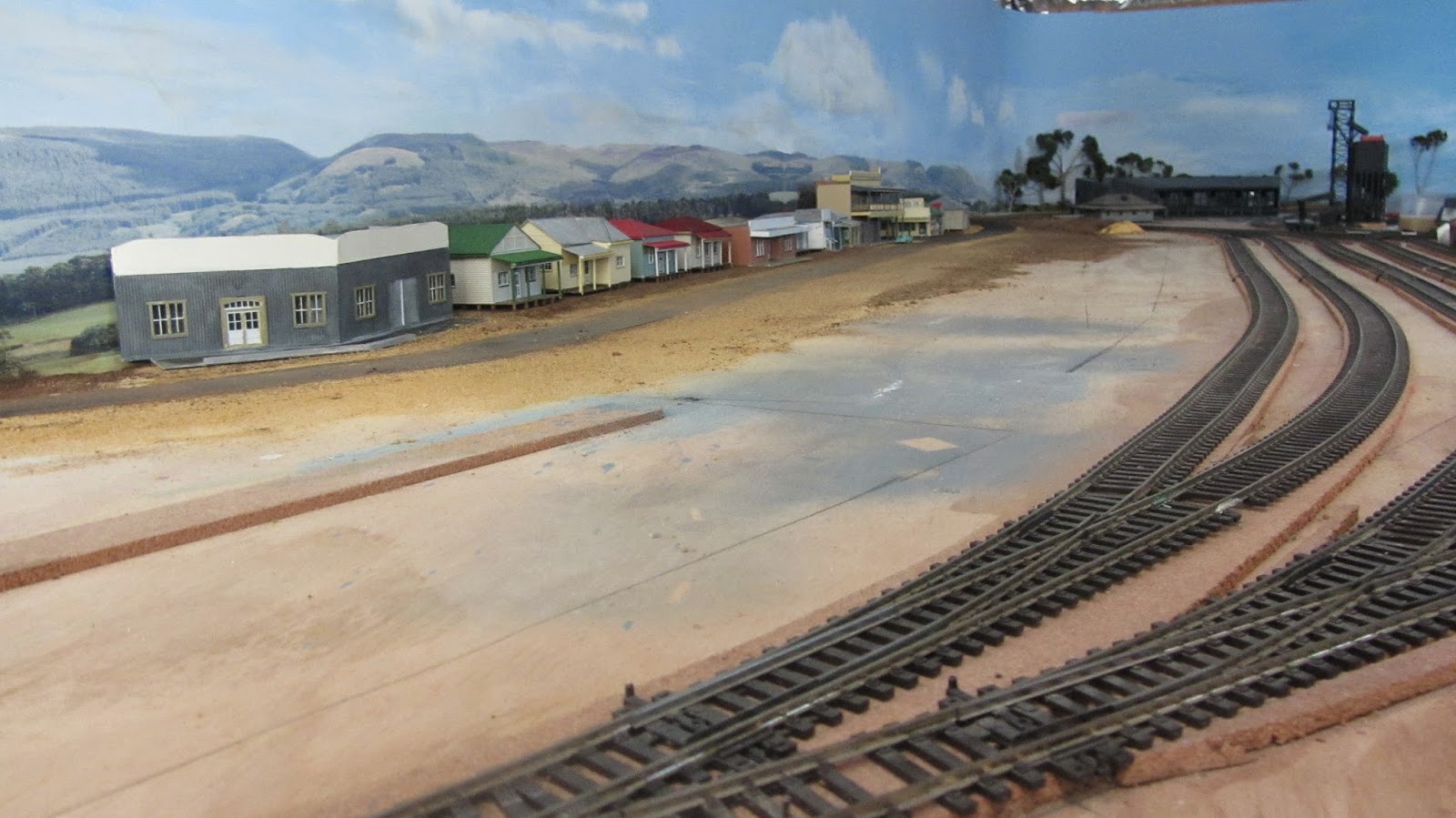 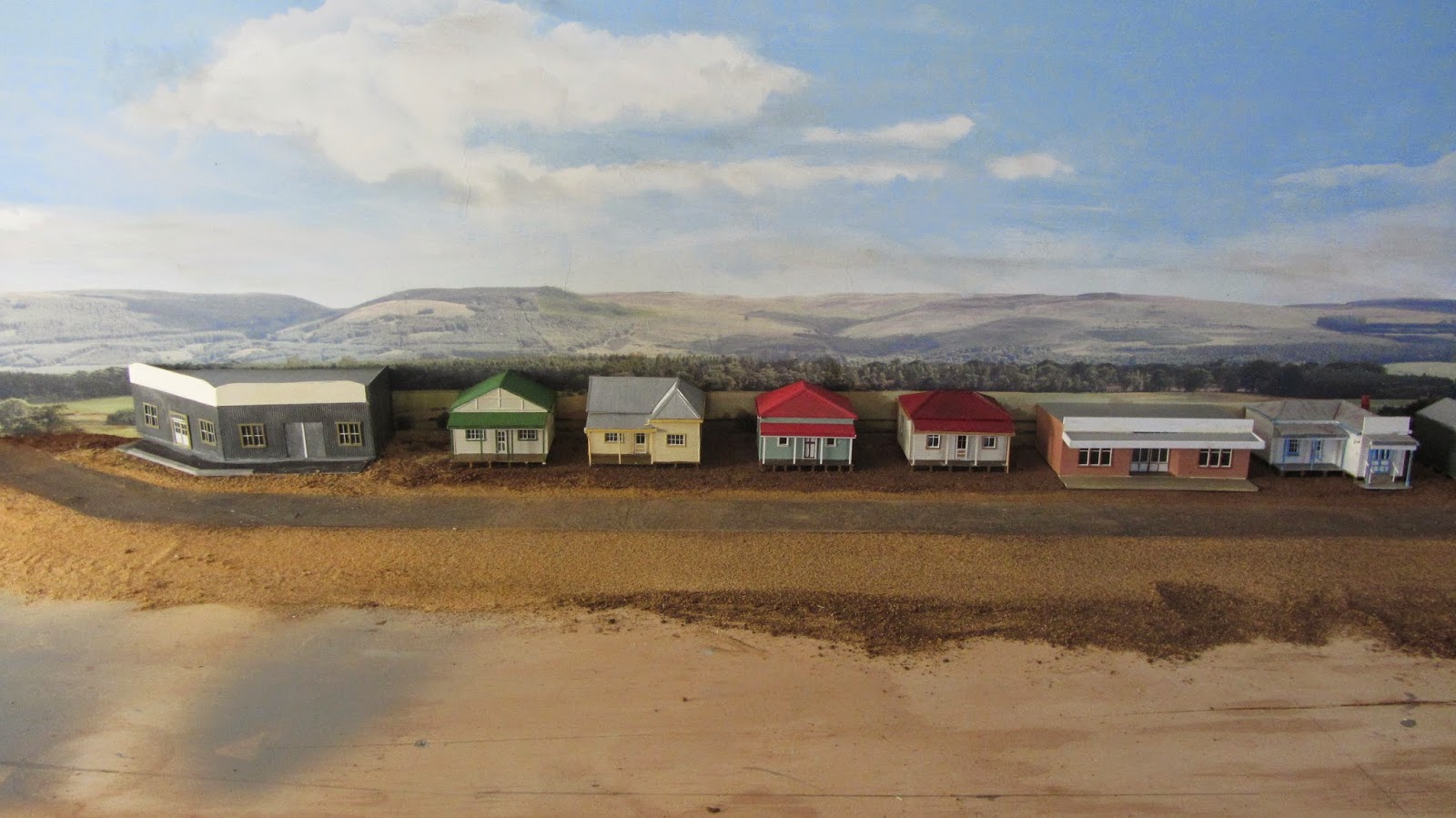 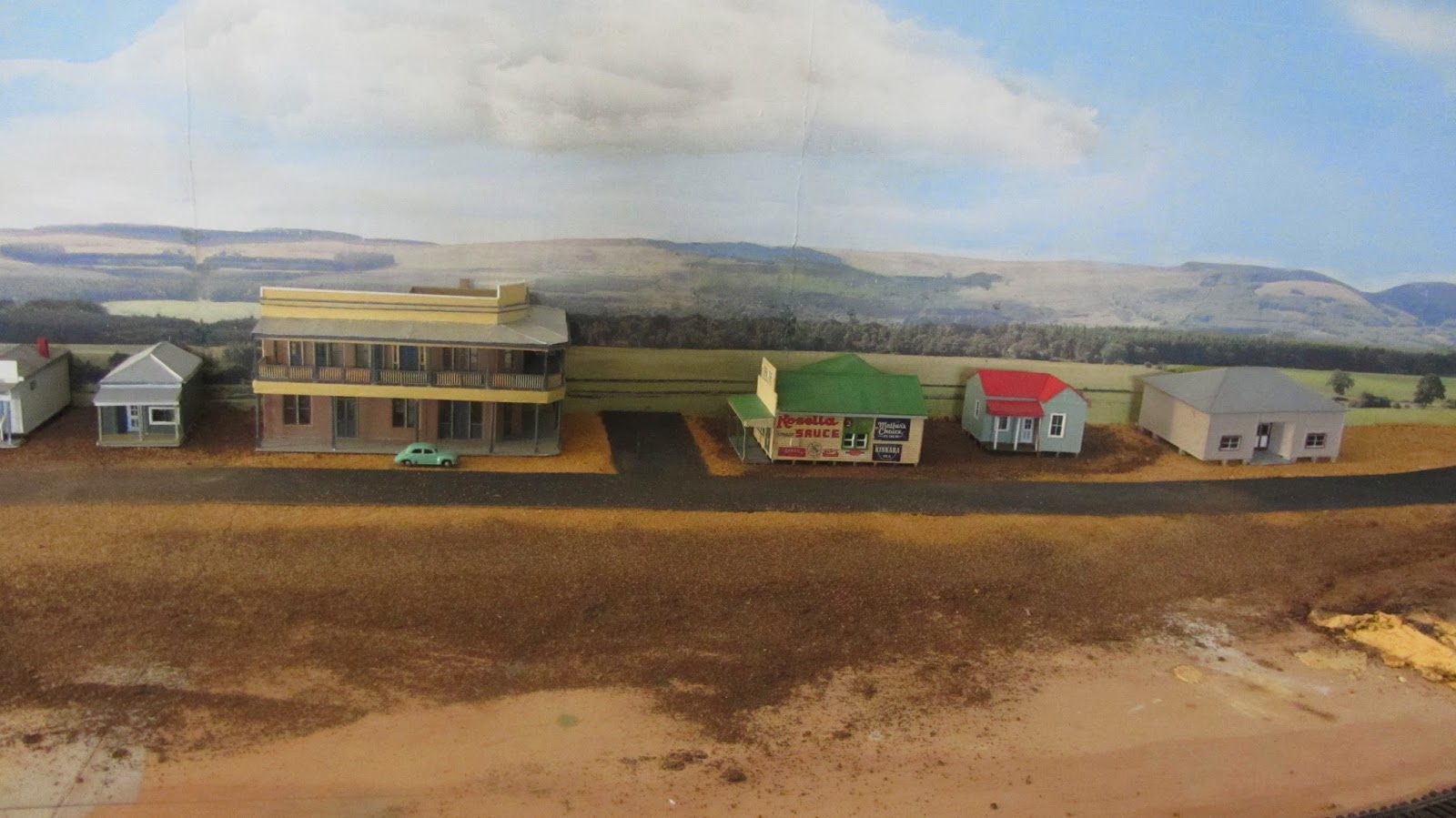 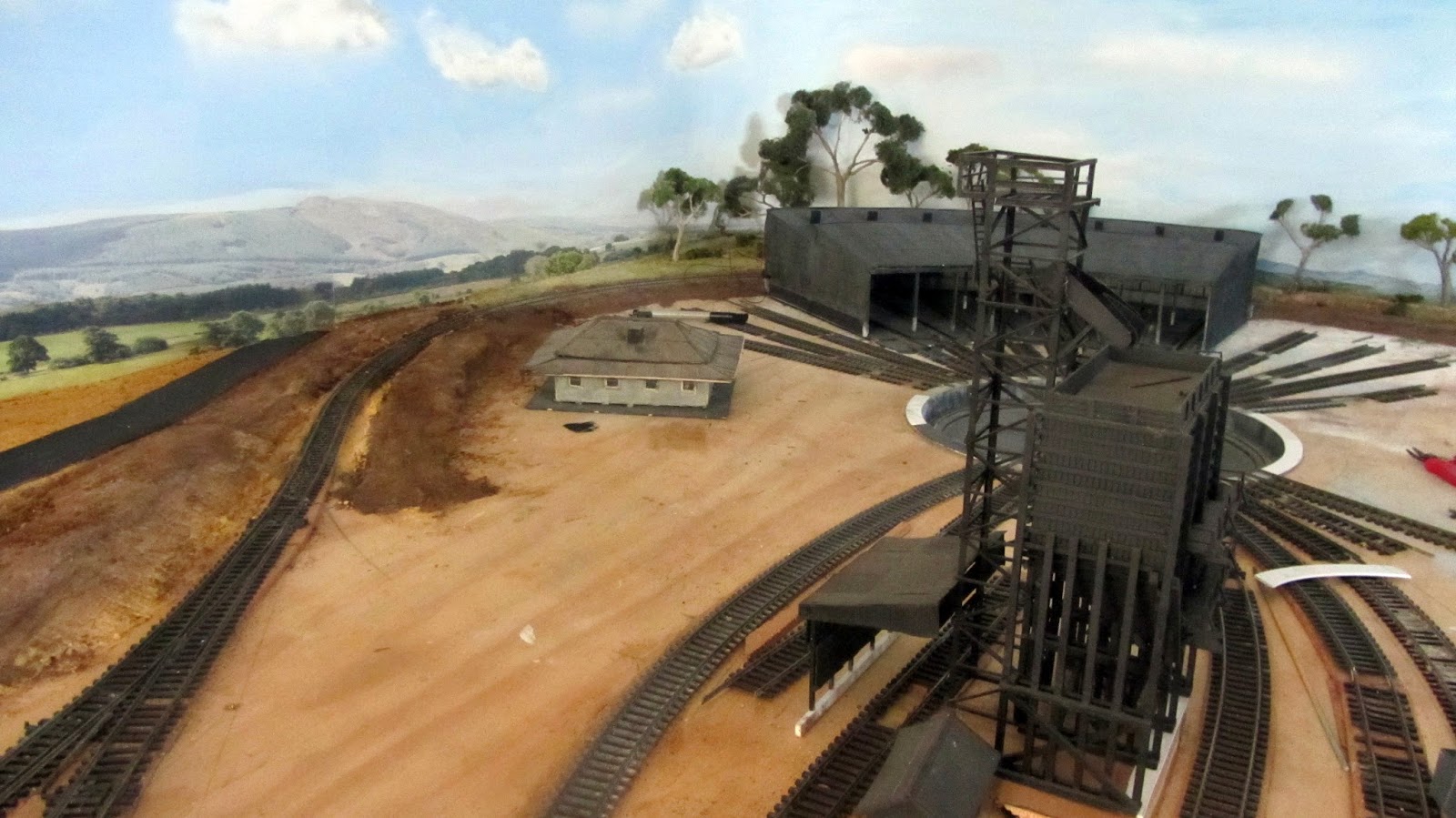