I recently obtained a used & redundant Antons 60ft TT, the subject of some email exchanges between myself & another modeller.  I reasoned I had need of a 60' tt for Akuna, especially for the turning of the loco that will work the school train to & from Akuna, rather than run TF in one direction.

I have to say that I would have preferred the open pit Sellers type but the price was ok so a pit type while a compromise meets a need. At the moment its not in an operating condition but hopefully not far off.  I am not especially a fan of the method used by the manufacturer of these TT's with a spring type pin designed to fit into holes that correspond to the approach rails in order to stop the bridge, while it may work & be better on the open pit types, the thought of the spring rubbing against the walls of the pit is not ideal as it will probably cause not just a noise along the wall but more likely a wear mark around the pit wall, meaning an endless job to cover the scratched paint & an unsightly wear mark also.

I have worked on using a modified type of locating pin to replicate what is a better representation of the locking pawls as found on these TT's. It means using the same but modified method of the pin, instead of under the main deck but between the deck rails & locate into a made up concrete spacer plate on the approach rails 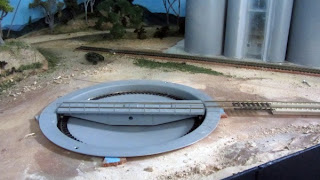 Photo 1 shows the TT in location at Akuna.  Once the approach rail heights were set up, using some old pieces of styrene I began the task of building up the simulated concrete pawl locking slab, the idea was to have the base at the same height as the trackwork sleepers & build up using more styrene shorts to the same height as the top of the rails. 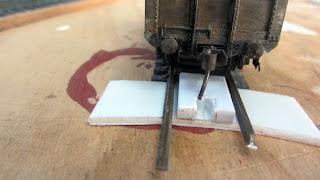 Photo 2 shows the beginning process of the locking slab, by making it at rail heigh or a sliver above it, also makes for a nice trip pin height gauge, which it matches perfectly with a Kadee gauge. 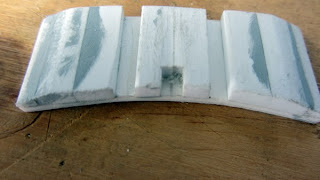 Photo 3 shows the all but finished plate, once the whole TT is ready to be permanently fitted into place, the approach road rails will be glued in place in the locating rail slots, the centre cut out is for a 1mm square metal rod to slide in position, 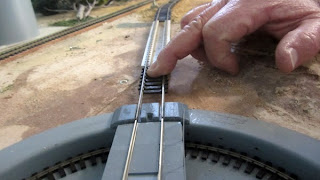 Photo 4 shows the finished slab in place with modified Peco ash pit in position for the approach rail held down in location for the bridge. 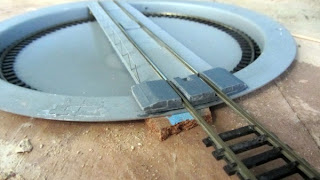 Photo 5, Rails in position with a small tack of PVA glue for testing.

I had to file the ends of the bridge rails at an angle to assist in the smooth running on/off of models, I tested the height as well as the smooth transition on & off by pushing an S truck with some degree of speed on & off the bridge without any derailments taking place.

Both ends have the modifications made & glued in place, here's hoping that the next step is to get it working.  At the moment I am quite pleased with the appearance of these small scratch built items, as it does make the TT look much better than just having sleepered rails right up to the pit edge, which was not often the case on most pit type TT's.