Its been a while since updates, & this one will be likely the last for a while also, as I wait on more specialists appointments, treatments & most probable further sugery on my back, which is likely to be fusions at 3 levels. Not looking forward to it but hopefully it will rid me of the various refered pain that is getting worse.
This has meant any progress on the layout has been minimal, with experimentations taking place using the old broken Super Trees armetures that I discovered in a bag from our move.  The worst part of all of the breakages is that there has been little of the larger armatures that have stayed intact, meaning a lot of short bits & a fair degree of glueing them together.


Over time I have concentrated on mostly the larger gum type trees, but the reality is that in many areas of the country & NSW there is such a huge variety of trees that also create interesting features for a model railway layout. A comment by one of the members of our weekly group made me sit up further & thinking much more along the lines of other than gum type trees.

This fellow is from the U.S & worked as a signalman over there, & he mentioned that in all his travels he has never seen anywhere else in the world like the Australian bush landscape, it does not matter where you go, its impossible not to take in the depth of the forests, & how little distance into them that you can see, While the large trees of many variations stand out, its the incredible variety in the undergrowth that is amazing, meaning that its rare to be able to see much deeper than 20-30metres as beyond is nothing but trees, & you have to be almost through them before being able to see open areas.

Since the comments I have watched as I drive through the many areas around here, & on the way to Sydney or Newcastle by train or car, & what he said is so very true, & a reminder to me of the scrub type forest areas in the Pilliga districts & others spread across the northern to southern slopes areas. 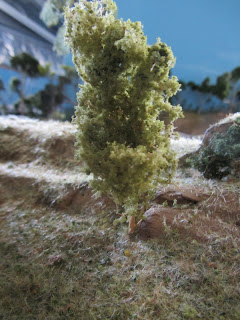 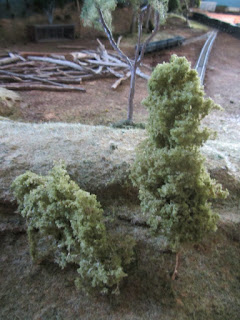 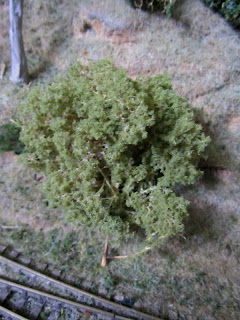 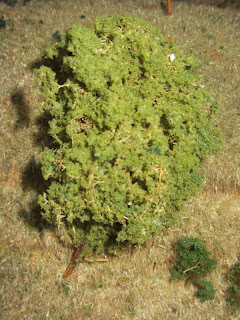 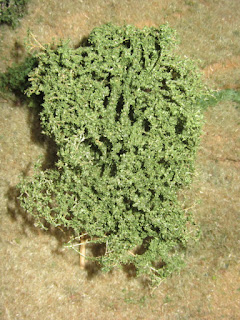 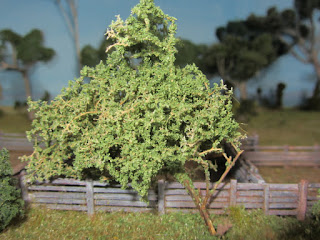 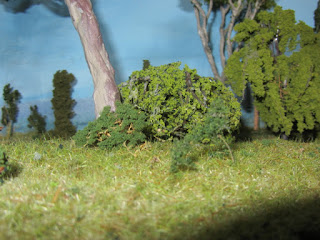 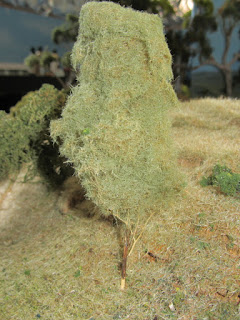 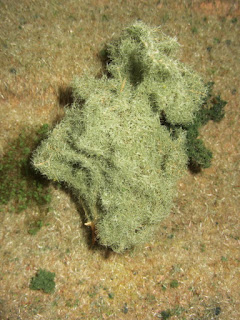 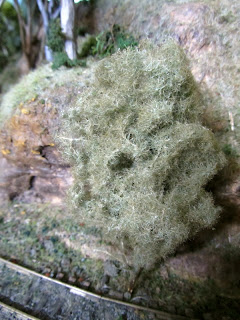 11. 9, 10, & 11 are experiments using static grasses, #11 is the last one I did with the other 2 being the first attempts, & not as good as I hoped, although they look better on the layout. 11 actually comes up quite good, & considering that there are lot of fir or needle type trees in the bush, then I will certainly be using this method for future trees & more low growth areas.

On a final note, I do not know what is going on with blogger, seems they have fixed the photo download problem but, the huge gap that has shown up in this post is not showing in the main page, seems something is amis with the formatting.
Posted by Colin Hussey at 23:47